Taymar jolted upright at the sound of the door sliding open, cracking her head against the ceiling. As if her headache wasn’t already bad enough. And how had she managed to drift off to sleep anyhow? Who sleeps on an enemy ship? Well, maybe the Shreet weren’t really her enemy. Or were they? Who knew? She cupped her hand over the forming lump and rolled over to slide off the bunk. She remembered too late she was on the top of a three-tiered bunk bed and her miscalculation of the distance landed her on her backside.

Embarrassed, Taymar scrambled to her feet and finally managed to stare up into Kellin’s expressionless face as he said, “We have arrived.”

He stood just inside the door but given his large stature and the size of the room, Kellin took up more than his fair share of it. He wore his Alliance uniform; a black utility vest loaded with gadgets pulled over a gray shirt with matching pants. It looked ridiculous on him. He was a huge creature covered in a thin layer of gray fur just a little lighter than his clothing. He had claws for fingers, and fangs that poked down over his lower lip when he spoke.

“Arrived where? And don’t you people chime or something before you enter a room? “

Kellin folded his arms and stared at her before speaking. His tone was as neutral as his expression, but he always sounded like he was growling. Maybe it was the fangs. “If you were caught by surprise at my entry, the fault is yours, not mine. We have arrived at the Seed. Are you ready?”

“The Seed? I thought we were going to the Shreet space station.”

“Your people call it a station. The Shreet call it the Seed. Their home planet is called the Root, so, by extension, this is the Seed since it will be the launching point of the Shreet civilization on this side of the flux. The commander of the Seed is waiting to speak with you, so we must hurry.”

“They are not my people. They are the Alliance. My people are the Arleles and they don’t call it anything because they don’t even know it exists. Either way, even though it makes sense when you put it like that, it still seems like a weird name for a communication station. Who names places after plant parts?” Taymar picked one of her shoes up off the floor and pulled it on, but the other shoe was nowhere to be seen. “But I guess people with braids of skin coming out of their heads can be as weird as they want. I can’t find my other shoe.”

“It is on the bunk where you were sleeping.”

“I wasn’t sleeping.” She climbed up high enough to spot the shoe and used telekinesis to pull it down. “I was resting, and why in three moons would anyone have three-tiered beds?”

“You are not pleasant when you awaken are you? This is a small ship and it must hold a lot of people. Are you ready?”

“I guess so,” she said, pulling on her other shoe with a series of hops. “I still don’t get why we’re here in the first place. Why did you do that?”

“Do what?” He swiped open the door and indicated with his hand that she should proceed him into the hallway.

Taymar ignored him. “Bring me here? You risked everything to get me away from Captain Sean. To bring me here to the sta…the Seed. I don’t understand why. What do you want from me?”

“I want you to leave this room, so we can board the Seed before I expire.”

“I wasn’t aware of your advanced years,” Taymar said, still not budging. “What do you, or the Shreet or the brae or whoever, want from me? What makes me so important?”

“That isn’t for me to say. You can ask your questions of the brae once we get there. He is eager to meet you, as is our informant.”

“What do you mean informant? Who is the informant?”

“That is why I am here. To take you to meet him. If we ever manage to leave this doorway.” Kellin pointed to the open door. “That way.”

“He would be of little use as an informant if he were not. Can we go now?”

“Sure,” Taymar said, stepping through the door. “The brae is a Shreet?”

“He is the Shreet who commands the Seed.”

“Oh. Like Captain Sean,” she said, referring to the Captain of the Alliance ship she had only recently fled.
“No,” Kellin said, swiping the door closed behind him and waving a deadly clawed hand indicating the direction she should go. “That way. Captain Sean McCauffer commanded one ship, the Regal. YittBrae commands an entire fleet. Meeting him is a great honor few people have experienced.”

“He is an excellent leader. I would like him more if his loyalties weren’t misplaced.”

“He would say the same about you. About your loyalties anyway. How do you know yours are right and his are wrong?”

“No war is waged in defense of wrong.”

The door tried to open again as Taymar stared up at him in confusion. She arched a brow inviting him to continue.

He stepped away from the door and tugged on his shirt where it was obviously too tight. “Everyone believes themselves to be in the right. I have chosen the Shreet because I believe they will win. The Shreet are the stronger force. Sean McCauffer should have seen that and chosen differently. Now, we really must go.”

“Okay,” Taymar said, finally turning and heading off in the direction Kellin indicated. “Great honor. Big important person. Don’t mess him up. Got it.”

Kellin fell in behind her. “I believe you meant to say don’t mess it up.”

“Right. Don’t mess it up. I’ll do my best, but I can’t make any promises. I do tend to excel at messing things up. I’m good at messing people up as well.”

He remained silent a beat too long. For a moment, Taymar wondered if maybe she had pushed him too far. But that was how she operated, so she wasn’t likely to change now. Besides, he had revealed himself as a Shreet spy on an Alliance ship, killed a high ranking Dran official and nearly been killed himself just to get her to this meeting. He wasn’t likely to toss her out an airlock now. That’s what she told herself anyhow. And she wasn’t walking onto this Seed of his feeling like a victim.

When Kellin spoke, he was closer behind her than she had realized. “I hope you realize how much your future depends on the outcome of this meeting.”

Taymar kept her pace steady but reached out telepathically to access his thoughts as she walked. “That’s so weird. Maybe you’re a little telepathic after all, because I was just thinking the exact same thing.”

Kellin’s deep laugh, surprising in both its rarity and its volume, rumbled through the hallway as he pushed past her and took the lead.

She hadn’t meant it as a joke. 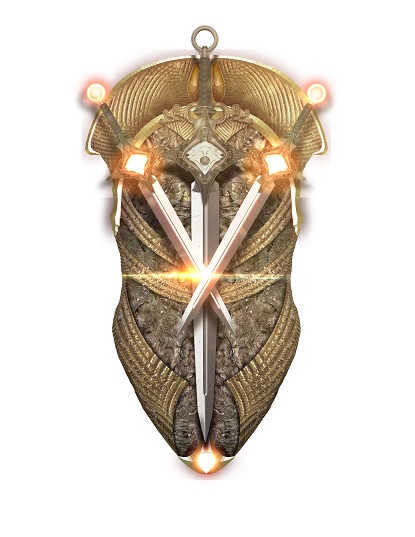